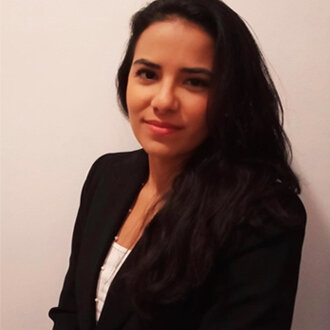 Raquel is originally from Nicaragua and has worked in the third sector for more than ten years. Her professional career began in a youth-led Latin American organization that is working with the most excluded population in Latin America on issues of poverty and community development. She was part of the organization for more than 7 years in roles such as Development Manager and General Manager in Nicaragua, Regional Director of Development in the United States and Head of Project for the European expansion.

Her time in TECHO allowed her not only to work hand in hand with empowered young people and leaders from different backgrounds, cultures and customs of Latin America, but also to understand the complex and unequal reality in which millions of people live day by day and thus, define her role as a professional and as a young leader in order to contribute to her country and society in general.

In 2015, Raquel decided to deepen her experience in the social sector by joining one of the largest social organizations in the world, Save the Children. Through her role as Regional Corporate Partnerships Manager, Raquel expanded her knowledge in the field of children's rights and also diversified her network beyond the American continent, through the relationship with different stakeholders in Europe, Africa and Asia.

Currently, Raquel works as a consultant for different social organizations in issues of fund development, social marketing and other projects. Since April 2019, Raquel joined YOURS team as Project Manager of the 2nd World Youth Assembly for Road Safety. Her diverse skills and previous experiences, and her interest in deepening her knowledge in the road safety sector motivate her to get involved with thousands of young people from around the world who are making a difference to build a safer mobility system. Today she coordinates the Global Youth Coalition for Road Safety.