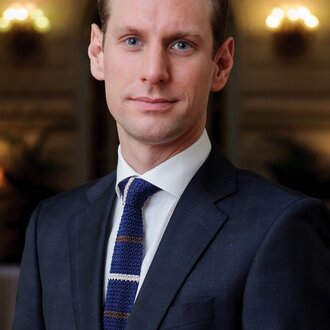 Floor is a native of The Netherlands and holds a Bachelor of Engineering (B Eng). He started his road safety career at TeamAlert, which became an independent youth-led organization for road safety in the Netherlands in 2002. After being projectleader and PR-Marketing Manager he became in 2005 Manager Front Office and responsible for all national road safety campaigns, in particular those aimed at 15-25 year olds.

In 2007 Floor was elected as the Vice-Chair of the first UN World Youth Assembly for Road Safety in Geneva, representing the European Region of the World Health Organization and was also co-chair of the Working Group that developed the UN Youth Declaration for Road Safety. After the World Youth Assembly he joined Capgemini as an account manager to the Netherlands Ministry of Transport. At Capgemini he learnt, among other things, more about the ICT behind traffic management on the Dutch roads.

In 2009 he joined the World Health Organization in Geneva with the mission to support WHO's road safety efforts, in particular, those focused on young road users. His tasks included the creation of a Youth Taskforce and a global network of young road safety advocates which later evolved into an independent global youth-led NGO for road safety named: YOURS - Youth for Road Safety. The organization was officialy launched during the opening ceremony at the First Global Ministerial Conference on Road Safety in Moscow, November 2009.

Since January 2010 Floor is the first Director of YOURS and responsible for its strategy and day-to-day operations. His wish is to make the organization sustainable by implementing a clear strategy that has vision and focus. He enjoys working together with many nationalities, different cultures and feels lucky to meet so many talented young people around the world sharing the same passion for road safety.